By Indiana CACs on December 22, 2017 in Featured, Team Building 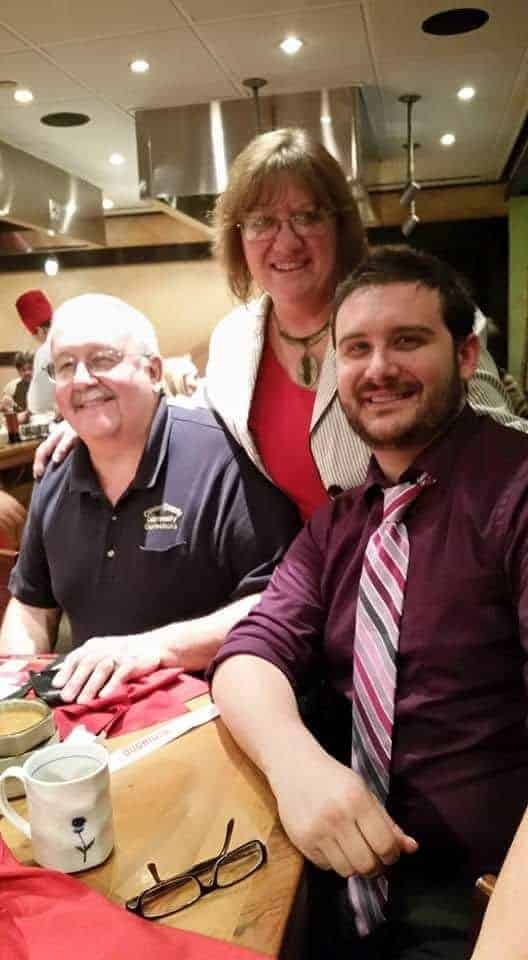 Denise Barney with her husband Bruce and son, Bruce Jay.

Denise Barney stood behind the counter of a local restaurant for 23 years. Filling coffee mugs, serving slices of warm pie, and seating guests gives her fond memories today. “We had the restaurant listed for sale and one day someone came in,” says Barney. “I told her the price and she said, ‘Okay’.” Barney realized, “Suddenly, my husband and I didn’t have jobs anymore.”

Barney didn’t know it at the time, but those two decades in the restaurant business would help her launch an expanding and successful child advocacy center in Frankfort, Indiana. She came to know a lot of the people in the mid-size community of 16,000 in the middle of Clinton County through the restaurant.

Having worked a brief stint in drug treatment, Barney had a close working relationship with Chief Probation Officer Nancy Ward. Ward sent the job description for the Executive Director’s job at Quinton’s House CAC to Barney. “I was worried about my mental health in such a job, but I said yes. And then I was a deer in the headlights,” says Barney.

The Center’s namesake, Quinton Bricker, died in May 2003 after his babysitter’s boyfriend violently and fatally shook him. He was 15 months old. Eleven years later, Quinton’s House opened in April 2014. In April 2015, Barney became Executive Director and after training began conducting forensic interviews.

Quinton’s mother and father continue to live nearby. His mother finished nursing school last year and is now working as a nurse to repay the support the nurses gave her years earlier. 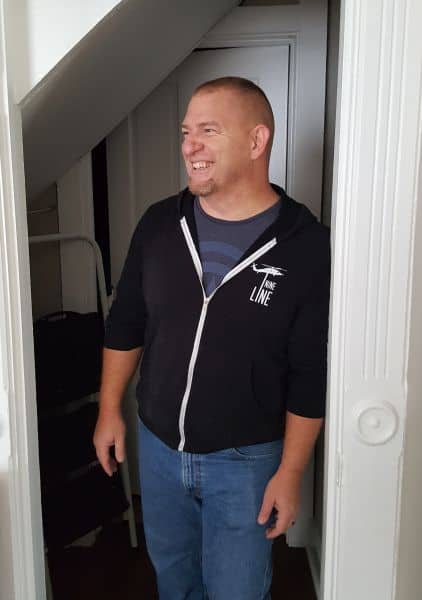 The original Quinton’s House, when Barney started her job, wasn’t a house. Located in a warehouse that housed Habitat for Humanity, the space was a mere 500 or 600 square feet. But the rent was affordable at $250 a month, and Barney doesn’t complain. “We owe a lot to Habitat for Humanity. They were amazing and have been instrumental in getting us to this point.”

On November 1, 2017, Quinton’s House formally moved to a renovated house a few blocks down the street. “The landlord here is a good friend of mine of 30 years. I was just walking by his property one day and he showed me in, just out of curiosity,” says Barney. “It didn’t take long for us to realize we both wanted this,” she adds.

Quinton’s House now operates out of 3,500 square feet. With more room, children are better served. Investigators and MDT members can meet in a single space — which they couldn’t do before.

“I’ve got these projects we always wanted to do,” says Barney. One of those projects is a clothing closet. “I interviewed a young girl recently who had a boot attached at the heel and the toe. I wanted to take her out to get a new pair of boots,” says Barney. A clothing closet would help clothe children who lack adequate clothing, coats, and shoes. Often children leave their home in crisis and may only be wearing pajamas. She is also collecting suitcases for children to aid Department of Child Services when they remove children from their homes. 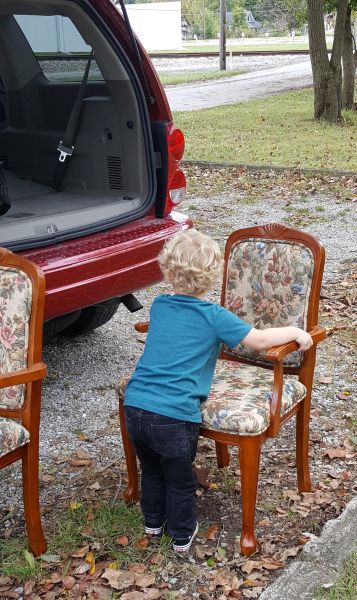 Since moving in November, Barney has been overwhelmed with the generosity of Frankfort and Clinton County. Even companies outside of the county are helping. “Subaru donated a smart board, which everyone thinks is really cool,” says Barney. CACs use paper on white easels to take notes during an interview or let kids draw and communicate what happened to them. Those records are given to investigators and need transcription. But Quinton’s House can digitally capture those notes and email them in an instant to the multidisciplinary team (MDT) at once.

“A local bank adopted us for Christmas and they’re shopping for us this season. The landlord here continues to improve and rehab this house. People stop by all the time and just ask, ‘What do you need?’,” says Barney with a swelling tear.

Barney is also pushing Quinton’s House into prevention programming. “I know we’re not going to eliminate child abuse, but we can make a difference,” she says. This year and next Barney will speak to several schools and community groups about how to spot signs of abuse and promote awareness.

In April during child abuse awareness month, Barney will stage 30 wooden figures around Frankfort. Designed, built, and painted through generous donations by local high school students, art classes, and senior living homes, the figures tote positive and supportive messages. “It’s to make people more aware and remind them of the seriousness of abuse,” says Barney. She appreciates the relationships she built from her restaurant years that have helped Quinton’s House become a success. 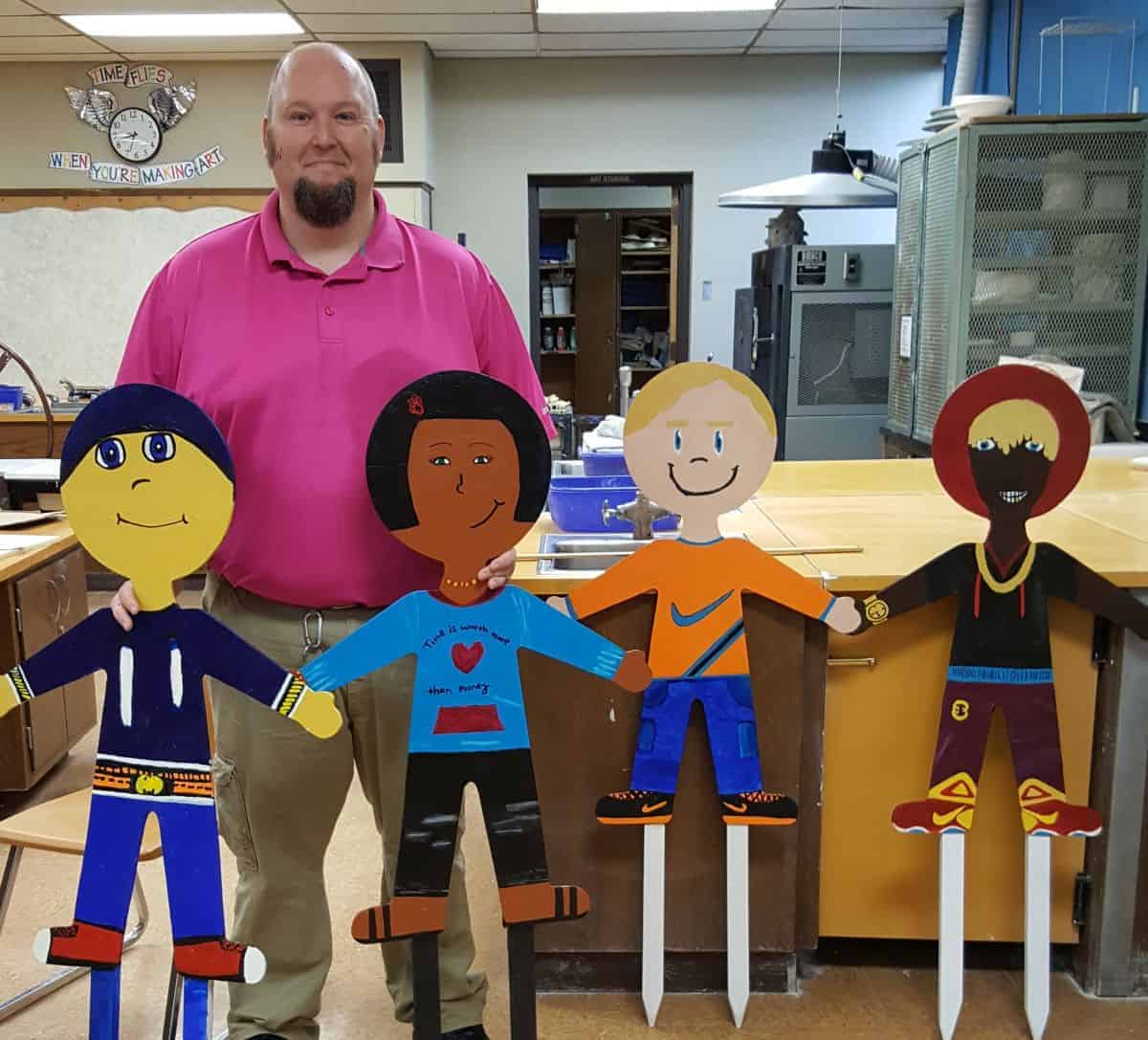 Barney credits the support of everyone in Clinton County who has helped them over the years and during the move. “Our board is amazingly supportive. Jan Lutz at the Indiana Chapter has helped more than she probably knows,” says Barney.

She adds, “We had an interview the week we moved. The weekend before our detectives and MDT members came with their families and other volunteers to move the heavy furniture in. We were ready to interview by Monday morning. We couldn’t have done it without them.”

2457
Forensic interview admitted as evidence in Johnson County Court
Is my phone my friend? The ultimate guide to phone myths and realities for adults and children