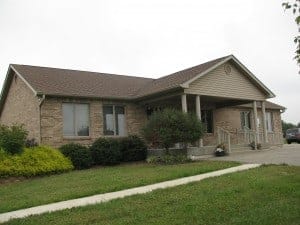 The Children’s Advocacy Center of Southeastern Indiana (CAC of SEI) is a nonprofit corporation created to minimize the trauma experienced by alleged victims of child abuse in a child friendly setting. The Center is designed to use a multidisciplinary team approach which facilitates the prevention, detection, investigation and treatment of child abuse.

The CAC of SEI began in 2007 with collaboration among the Department of Child Services, local prosecutors in the area and the Indiana State Police. This group which represents the multidisciplinary team had 3 goals: 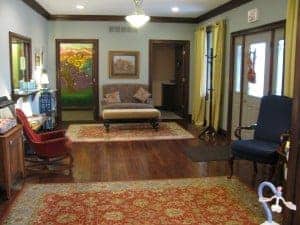 After hiring Director Sarah Brichto, the group organized as a nonprofit, formed a board of directors and acquired funding to purchase and remodel a centrally located building. With an accomplished forensic interviewer, Stephanie Back, the Center began operating in September of 2009.  Since opening, the CAC of SEI has seen almost 2500 children from over 14 Indiana counties and several states.  With this influx of children the CAC of SEI has hired another skilled forensic interviewer, Kelly Bridges, and in 2014 saw over 503 children.

At present, along with forensic interviews in a child focused environment, the CAC of SEI provides family advocacy on site and referrals to mental health and medical service.  The Center is preparing to launch a new effort towards attaining national accreditation.

With a service area topping 2500 square miles, the dedicated multidisciplinary team often travels far distances and spends many hours to come to the CAC of SEI because they feel it is in the best interest of the child to be interviewed by professionals in a child focused setting.  Members of the MDT support the CAC by attending fundraisers and spreading the word about the work of the Center. They also accompany the CAC staff to training so all can improve in their respective professions and together as a team. 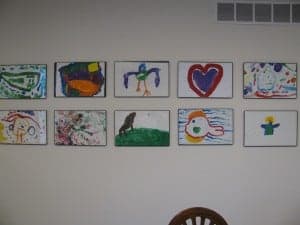 Plans are in the works for a great Mardi Gras Event at the Lawrenceburg Event Center, February 6, 2016 to benefit the CAC of SEI. As part of the festivities, each county that the CAC serves is represented by a King and Queen who compete for the Mardi Gras Monarchy.  Other event activities include a silent auction, dinner, dancing, a live band- The Menus, a live auction and a pre-dinner cocktail party.

You can learn more about the Children’s Advocacy Center of Southeastern Indiana by visiting www.cacsoutheast.org

1518
Matthew Tully of the Indy Star Gets it Right
Carolyn Hahn of The CASIE Center, an Experiment in Co-Location of MDT